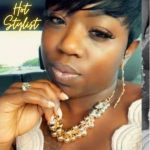 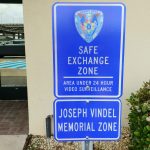 I Moved to New Orleans Alone

I get to be as weird as I am and it’s okay here.

Before I moved to New Orleans I lived in Fort Lauderdale for close to a year. Before that I lived in Los Angeles for six years. Before that I lived in Hollywood, Florida, Houston, Dallas, Atlanta and a couple of other places. I was born and raised in Miami but even as a little girl I would imagine that my best life would be found outside of my city. I had no idea what would await me.

My journey to New Orleans happened after I experienced an extreme loss. My businesses tanked, and so did my income, causing me to lose everything I had. I was faced with a choice, I could try desperately to hold on to a situation that wasn’t holding on to me or I could let go of the steering wheel of my life and see what happens. After many tearful nights I decided to let life happen.

I decided to just travel the country on a tour. I didn’t have any idea if my income would swing back or where I would be from week to week. I wasn’t looking for a home because I was so unstable financially. I set out on my journey all alone, traveling by plane and by buses according to what I could afford. I traveled from city to city, sampling different cultures and seeing how far I could go.

Most nights I stayed in the cheapest AirBNBs I could find in each city. A few nights I found myself sleeping in the bus station, in the airport lobby or on the side of a closed building. I knew that I was technically homeless but I felt like I was on a grand adventure so it didn’t make me feel sad. I do remember often thinking- I wonder if there is a home for me out there. And then I would book another bus ride and keep traveling.

I visited 18 cities during my tour of the United States. Denver, Dallas, Montgomery, New York, Chicago, Cleveland, Cincinnatti- boy- I can’t even remember all of the names of the places I went to. Thankfully I recorded my journey in videos on my Youtube channel during a series I called – The Free & Fearless Life.

I actually cried when I left, even though I wasn’t leaving anything or anyone behind.

During my Free & Fearless Life tour I saw an affordable AirBNB in New Orleans and I figured that it was worth a stop. When I got here I was invited to a Second Line parade on a Sunday and I was amazed by the experience!

By the time my initial 4 day stay in New Orleans was up, I knew I had to come back here! I don’t know what it was yet I remember feeling like I wanted to be a part of this. Everyone seemed so relaxed, just enjoying the day to day pleasures of life. I had always been so frantic about reaching my biggest dreams that watching the New Orleans people enjoy snoballs and marching down the street in a parade for no real reason made me pause and ask myself- What am I doing?

I needed more. My soul needed more. I actually cried when I left, even though I wasn’t leaving anything or anyone behind.

So I came back.

I found a woman on the New Orleans Craigslist renting out a room in her home that was affordable so I booked it and made my way back here planning to stay for a month. I was so excited! I am an author so I just knew I would write my next best seller while sleeping in the basement room that she was renting.

That stay only lasted a week. As soon as she met me she said she was looking for more of a companion and that I needed to figure out what I was going to do after the first week. I had to leave the city again.

I left and had more adventures in other cities but my heart yearned to get back here to New Orleans. While staying in the basement room I would ask people on the street how to find affordable housing here and one lady told me to try a group on Facebook called Tulane Classifieds. That was my breakthrough! The group is filled with super local people and college students renting out rooms and even some realtors sharing local, affordable rentals.

I placed an ad in Tulane Classifieds for a room for the summer and a week later a man messaged me saying he had an entire house and he was away for the summer. He said that I could rent it out from him while he was away, all utilities included. I was skeptical, and in New York at the time, but I made him promise that he was being sincere. He said he was and I took the chance and booked a bus ride to come back to New Orleans. He was sincere alright, I walked into a beautiful home in the Lower 9th ward and had an amazing month here in New Orleans!

AirBNB’s in New Orleans are the most expensive in the entire country!

But I didn’t find a more permanent place to stay so I had to leave again. Off to Chicago I went and kept traveling, enjoying my journey but still hurting inside because I wasn’t back in New Orleans. I still don’t know why it hurt my heart to be away from here. I don’t know why I felt that I needed to be here.

I finally made it back to New Orleans a few months later after finding a cheap AirBNB, which cancelled on me a day before I was due to take the 24 hour bus ride here, AirBNB’s in New Orleans are the most expensive in the entire country! I was disheartened but then I found another AirBNB that was more expensive but manageable. I stayed there for a week, and found another and stayed there for a week as well. I was determined that no matter what happened, I would NOT be leaving New Orleans again.

I was browsing the Facebook group Tulane Classifieds yet again when I saw a room for rent for really cheap- $400 a month! I contacted the guy, set up a meeting and when I saw the place I realized that it was actually a laundry room. I didn’t care, I took it! I lived in that small ass laundry room for 2 months before I found a shotgun apartment of my own in the 9th ward.

When I changed my drivers license to Louisiana I realized that I had done it! I was living in New Orleans for real!

I haven’t had a perfect experience while being here. I have been the victim of a crime, almost car jacked and my mental health suffered tremendously during the pandemic. I’m still alone in the city with no friends or family because I am extremely weird, yet every time I take a drive to do even the most simple errand, my heart expands with joy and I feel LUCKY that I live here.

While I’m technically here alone, I’m not really by myself. I have found that the online community in New Orleans is bustling with activity and support groups. Each neighborhood has its own Facebook group and there are many mutual aid groups and trade groups that I used to find items that I needed or give away items that I no longer have use for. There were so many times when I needed a recommendation or advice and I asked random strangers in one of the groups and found help immediately.

New Orleans is more like a community than a city with people reaching out to help each other during times of stress. I have been organizing community activities since I was a teenager so being here allows me to join many others who feel as though we are the ones who are responsible for improving our community.

I created a support group for people who are moving to New Orleans, and a free lawncare service for single women. I published another book. I completed another music album. I fell in and out (and in and out) of love. I bought my first car in 10 years. I even moved to my dream neighborhood – Gentilly!

No other city in this country has made me feel so alive and IN LOVE like New Orleans has. I get to be as weird as I am and it’s okay here. I get to do what I love to do most, offer support in our community and people have embraced me! ME! I’m the one who never fits in anywhere and always feels like I have to go. Well, all of a sudden, for no real reason- I want to STAY. All of the drama, the loss, the tears and the fears, well, they were worth it. Right now, I’m living my dream life and I’m happy, right here in New Orleans.

Is There a Safe Place to Meet to Buy Things From People Online in New Orleans?